Home
Guest Post
Brits say if a job vacancy hasn’t been filled within 72 days, there’s something wrong with it

I would like to add to this, that there could be something wrong with the client. I have had many a client who have had a vacancies open for way too long, just because they cannot make their mind up and have often missed the best ones! Non the less the research makes some interesting reading for the consultant.

Brits say if a job vacancy hasn’t been filled within 72 days,  there’s something wrong with it

Employers need to fill job vacancies within 72 working days – or within 15 weeks – before people assume it’s a job no one wants, according to research carried out by Randstad, the UK sector specialist recruiter.

Randstad asked 2,000 members of the public “How many working days does a vacancy for a permanent job have to be open before it starts to look like a bad job that no one wants?”

Mark Bull, UK CEO of Randstad said, “The results show recruiting for a job vacancy is like selling your house.  Leave it on the market too long and, for whatever reason, people start to think there is something wrong with it.  That leads to fewer applications and increased pressures on the rest of the staff left trying to cover the empty position.  With the current skills shortage, it’s not a good idea to hold out too long for a candidate – eventually that tactic will back-fire and become counter-productive. If you interview a good candidate – don’t wait too long before you offer them a job.”

In a separate survey of over 2,000 British employees working in businesses of all sizes, Randstad found that people feel they are working the equivalent of a six and a half day week in order to cope with increased workloads and reluctance from their employers to recruit additional staff.  On average, British workers feel they currently have to perform the job of 1.3 people – the equivalent of one and a half additional work days every week.

Mark Bull adds, “It’s also worth noting that the UK’s employees already feel they are covering 30% more work than one person should be.  If they’re cramming an extra one and a half days worth of work into a working week, they are going to find it extremely difficult to cover for vacant job posts, too.”

Those in the North East said a vacancy would have to be open just 58 days – less than 12 weeks – before it starts to look like a bad job.

But workers in London were more tolerant of vacancies that weren’t filled immediately saying a vacancy could be open another 21 days – a total of 79 working days – before it starts to look like a job that no one wants.

Mark Bull said, “We expected there to be some relationship between the shelf life of a vacancy and unemployment – that perhaps people who needed a job most urgently would be less concerned about how long a vacancy had been open.  In fact, the opposite appears to be true.  We compared unemployment rates across the UK to the number of days people thought a job vacancy could stay open before they had concerns and it appears that the higher the unemployment rate the less tolerant people were.”

Mark Bull said, “We assume that professionals are used to trying to fill positions within their own organisations themselves – something that takes time and can be very stressful for managers and overstretched staff trying to cover the extra workload.  They remember how hard it can be to fill a role and how long it can take.  At the other end of the spectrum, people who are unemployed and looking at hundreds of job adverts may well know more about the topic than anyone else.

“The difference may also be down to the greater complexity involved in hiring specialist professionals.  You need longer to secure the right engineer, accountant or teacher than you do to find the right unskilled manual labourer.”

Across the UK, the over 55+s were the most exacting when it came to vacancies that had been open for some time.  They said a permanent job vacancy that remains open for 64 days – less than thirteen weeks – looked like a job no one wanted.  By contrast, those between the age of 35 and 44 were the most relaxed, saying on average that a vacancy could remain open for 85 working days – over 17 weeks – before it began to look stale.

Women were marginally more relaxed than men.  Women said, on average, that a vacancy could remain open for 73 working days before it began to look like a position no one wanted while men would only give a permanent job advert 71 days.

As part of the research, recruitment consultants working at Randstad were asked what the ideal length of time was to fill a vacancy, balancing the time needed to secure the best candidate for the job and the need to for organisations to fill a skills gap   The poll found that given those criteria Randstad’s consultants thought 35 days was the ideal.

Mark Bull, UK CEO of Randstad said, “While candidates won’t start judging a job negatively until the vacancy’s been advertised for 72 days, the ideal time is half this.  The best applicant is often the one who turns up early in the process.  The trick is not to turn that person down just because the vacancy’s only been open a couple of weeks.  If employers see the right person on the first day of interviews, they need to have the courage of their convictions and hire the candidate straight away.  If they don’t, they have to be prepared to see that job seeker walk into the arms of a competitor who is willing to move faster” 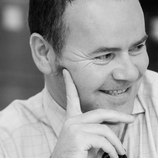