The UK’s leading website for school and college leavers seeking advice when making choices about their future has today released research which has revealed that employers are more likely to recommend apprenticeships to young people than a university degree; suggesting the general preference for potential employers in their candidates is the vocational route.

As young people all over the country gear up to collect their A- Level exam results and plan their next steps, new research release  by the leading school and college leavers advice website has revealed that employers are losing faith in university and are instead encouraging young people to consider apprenticeships.

The research, released today by www.notgoingtouni.co.uk, shows that employers are more likely to recommend apprenticeships to young people than a University degree. ICM research surveyed more than 500 employers in England and asked respondents about their opinions when it came to apprenticeships and degrees.

Of the employers questioned, 71% said that they would encourage young people to become apprentices, compared to just half, 52% who would back the academic route to a university degree.

When asked to elaborate and explain their decisions, career prospects topped the reasons behind those supporting apprenticeships, with 89% of employers saying apprenticeships were a good stepping stone between school and the world of work. Furthermore, 77% agreed that apprenticeships led to good careers.

The research release by Notgoingtouni.co.uk follows a report in April which found that employers rate qualified apprentices as 15% more employable than those with other qualifications¹. Those who complete Higher Apprenticeships are the most desirable employees, with businesses rating this group as 25 per cent more employable than those who took an alternative route into work.

Businesses in the South West are most likely to back apprenticeships, where 77% say they would recommend the programme to young people; whilst employers in London and the East of England are most scathing about university – just 42% of employers in these regions recommend this path.

Each year, Notgoingtouni.co.uk releases a free to download guide for school and college leavers, to provide useful advice on alternative options to university, including vocational courses, apprenticeships and more. This year, the guide features an exclusive interview with Suli Breaks, whose poetry about the failing of the school system turned him into a YouTube star; as well as an exclusive art cover from Tom Percival. It can be downloaded here.

Sarah Clover, Communications Director at notgoingtouni.co.uk and a former engineering apprentice, had the following to say:

“It’s so refreshing to see that so many employers back apprenticeships over university degrees. Degrees can often be limiting and not as valuable as experience that is picked up in a working environment. However, there still lies the problem that so many young people aren’t given good advice regarding their career options after school or college.

“Too many young people still think that university is their only option and that’s largely down to the lack of advice they get whilst at school or college. This simply has to change, especially now that more employers are seeing apprentices as better candidates for job roles than graduates.”

“The word apprentice has changed a lot over the last few years in this country, and so it’s great to see that UK businesses now recognise the potential of apprenticeships as an alternative to higher education. As we enter exam results season when a lot of young people are making decisions about their future careers, this research shows that apprentices are very employable. We are passionate about encouraging young people to build a long term retail career through a vocational route which offers real progression, and our own apprentices are already accumulating a wealth of transferable business and life skills. This is especially valuable for those who don’t want to follow a traditional, and now very expensive, academic route.” 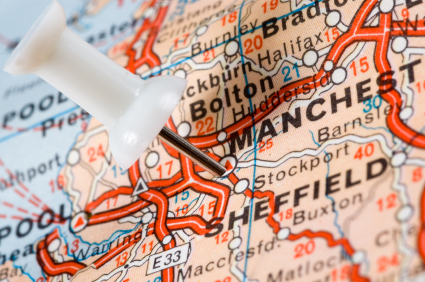