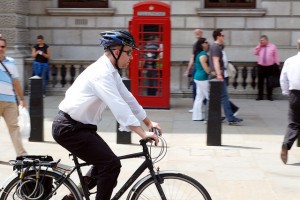 Revealed: The hidden cost of working Women have more job overheads than men, but it’s worse for new starters

British workers spend an average of £5,000 per year just getting to work and buying work-related items, even before they get through the front door of the office or workplace.

That’s the finding of a nationwide health and safety law consultancy that says that expenses for female employees tend to be higher than men, simply because that they are expected to have a more diverse wardrobe than their male counterparts.

The Protecting.co.uk company has also found that the hidden cost of working is a particularly bitter pill for new starters to swallow, especially if they are coming off benefits, or find themselves in part-time work or on a zero-hours contract.

“Nobody tells you how much you’ve got to pay out just to get up to speed with your colleagues,” says Protecting spokesperson Mark Hall. “but grooming, clothes, food, and – most of all – transport all take money out of your pocket.”

According to Protecting.co.uk, the biggest expense faced by workers is transport to work, which can cost up to £5,000 per year in the most extreme cases.

“Commuters into big cities are the hardest hit, with workers paying out hundreds of pounds every month, usually to find themselves standing on a packed peak-hours service, paying peak-hours fares,” says Hall.

But even the average worker can find themselves paying four figures every year just to take the bus in or out of town, and more if they drive.

It’s in sundry expenses – especially clothing that female workers find themselves further out of pocket than their male colleagues. We asked office workers how much they spent on clothes and found:

But it’s new starters who find the hidden cost of working a difficult thing with which to cope. Particularly hard hit are people starting a first job, or those coming off benefits who don’t have money behind them to fund those necessary expenses.

“That’s a big hurdle that keeps people out of the world of work, and it’s a difficult one for new employees to come to terms with,” says Protecting.co.uk ‘s Mark Hall.

For example, increasing transport costs take a larger proportion of salary away from people who are in lower-paid jobs, says Protecting.co.uk. And it’s worse for those working on zero-hours contracts which are offered to an increasing number of new employees.

“Can you imagine spending ten pounds to get to work, only to be told there’s nothing for you when you get there?” asks Hall. “It hardly seems fair, yet this hidden cost of trying to hold down a job is reality for far too many people in the UK.”

“That’s why – after hearing how much money slips through the fingers of British workers – that we put the average cost of holding down a job as £5,000,” says Hall.

“Some people can afford it, but for others, it’s keeping them out of work.”