Often Recruitment consultants, in particular new consultancies starting out, ask me what I think of voip and in particular skype. Well in the past I have been very positive with skype, but at times it has let me down in quality of calls, particular with mobile phones, which is no good when you are trying to pitch a client or candidate.

Well a few days ago voipcheap was recommended to me by a friend, he told me he felt the calls were far more superior with voipcheap than skype. What made my look again, was in the same week I was told the same again, so after 3 years as a dedicated skype user I thought I would take another look. I have to say I was impressed with the canvass calls I made, more importantly to mobiles and they couldn’t tell the difference.

Based on this I have decide to move over to voipcheap, it isn’t the end of Skype as I do appreciate their skypein where I have a number that travels with me all over the world, but quality of the call must comes first.

Oh and one other important factor it’s cheaper than skype not to mention that you can have phone to phone as with Jajah. 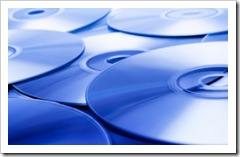