Latest figures from the Federation of European Employers (FedEE) show that in the EU27 as a whole the labor market was expanding throughout 2010. However, the trend has been downward since Q2 2011 – mainly due to the rise of real earnings relative to production.

During the last two years the Spanish economy has been characterised by alternating periods of quasi-zero growth and periods of substantial negative growth, such as in Q2 2010 and Q4 2011. This would appear to be primarily due to its poorly-performing industrial sector leading to a sustained decrease in labour demand. This trend was not driven, however, by a strong surge in real labor costs – as Spanish labor cost and consumer price movements have been generally in line with EU averages.

Speaking at a meeting to launch FedEE’s new index today Robin Chater, Secretary-General of the Federation of European Employers (FedEE), said “Looking at unemployment rates alone can often be highly misleading as there is often a lag between job affordability (real labour costs per unit of output) job creation and the filling of new vacancies. The index shows how these fundamentals come together into a true swing of supply and demand.“

He went on to say that “We plan to increase the range of countries covered by the index – but at the outset we thought it would be helpful to focus on two national marketplaces and reveal just how much the Spanish labor market is in an ongoing state of decline and facing a possible total collapse. Around half of all those aged under 25 are unemployed in Spain which could damage the economic health of the nation for a whole generation.”

FedEE’s new labor market index measures the degree of health of an economy by analysing the relationship between labor demand and supply, adjusted by real labor costs per unit of output, conventionally used as an indicator of economic competitiveness.

A table showing movements of the index for Germany, Spain and the EU may be viewed at http://www.fedee.com/human-resources/the-fedee-index/

Metadata about the construction of the index is also provided in notes at the end of the table.

The Federation of European Employers (FedEE) is the leading organization for multinational companies operating in Europe. It was founded in 1989 with assistance from the European Commission.  It is a corporate member organization with a head office in London, UK. The current Chair of FedEE is the HR Director of Ford Europe.

For further information and comment contact Alison Merrett on +44 207 520 9264 or Alison.merrett@fedee.com or Robin Chater directly on robin.chater@fedee.com 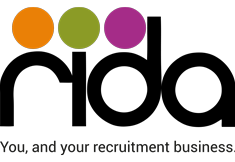