Youth unemployment remains stubbornly and worryingly high at around 1m. The Prince’s Trust, a charity, which supports young job seekers (up to the age of 30), last year predicted that youth unemployment will not fall to pre-recession levels until at least 2018 – a decade after the financial crisis hit the UK.

If the Trust’s predictions prove correct then hundreds of thousands of young people will still be unemployed for another three years or more.

A potentially viable way out of this seemingly endless spiral of despair is self-employment. Increasing numbers of young people are going down this route, a move encouraged by Employment Minister Esther McVey, who described it as a “good and worthwhile” option.

The New Enterprise Allowance, a government scheme, has helped over 4,000 young people aged 18 to 24 turn their hobbies into businesses since April 2011 and it looks set to help many more.

Here we look at the top five challenges facing young job seekers and how a proactive approach, which includes going it alone as a freelancer or business owner, can result in success.

Challenge No 1 – Lack of experience and skills

Young people are unprepared for the world of work, according to a 2013 YouGov survey of 635 employers. They lack skills such as communication, team work and the ability to work under pressure.
Honing these skills can boost job prospects and also prove useful in creating a viable career, as Amie Samba discovered. When she graduated with a degree in sports science and psychology in 2009, she struggled to secure a full time graduate job. This motivated her to make the most of her skills and within a year of graduating, she set up a business running sports sessions for children and adults. Her business, Run Fun Starz, now goes into small companies to set up fitness programmes for owners and their staff. In 2013 the business broke even and Samba was in a strong enough position financially to move out of her parents’ home.

Young people who take the initiative and get the work experience required to gain employment in their chosen field often find themselves stuck working for free. For example before setting up Run Fun Starz, Amie found herself doing a lot of unpaid work, interspersed with short-term contracts which is another reason why going it alone seemed an attractive – and fortunately, in her case – viable option.

Research published by The Guardian in 2012 revealed that most young people (91%) believe employers should offer more trainee roles. Many also feel that apprenticeship funding should be expanded and open to graduates, with 76% either agreeing or strongly agreeing with this statement.
Trainee opportunities actually exist in abundance, but to find them young people need to do a lot of research and also enlist the help of a well-informed careers adviser. Access to experienced business people can be an even greater challenge for those who are self-employed.
An organisation which offers access to both entry-level opportunities and mentorship is global direct sales and marketing organisation Appco Group. In the UK, it works with a network of independent marketing companies that offer self-employed face-to-face marketing opportunities.
By working with one of the independent marketing companies in Appco Group UK’s network on a self-employed basis, young people benefit from open access to others who have become successful entrepreneurs, able to offer advice for a young person to use to develop their business skills with the goal of starting their own a marketing business.
Jack Burnett started his journey five years ago and, in that time, he has progressed to owning his own marketing company Odysseus Advertising, providing fundraising services for charities.

“I was a visual merchandiser, but I was finding it hard to progress at the rate that I wanted to,” he says. “I took a field-marketing role with one of the companies that works with Appco Group UK because I could see that it would give me the opportunity to develop my career at my own pace.”

“I always knew I wanted to run my own business, but being part of this network gave me direction and belief because I could see so many other successful people achieve great things in short periods of time.

“There is a lot of emphasis on persistence, building relationships, learning from others, working with people effectively and, above all, maintaining a positive outlook and focus. I believe these are the main reasons I have been able to build my own company to where it is today.

“I never thought that one day I might be involved in different countries around the world, but now I help others, assisting a company in Canada to improve, and I have a plan to move to the United States and build another marketing company there in the next six months, which is amazing!
“One of my goals has always been to retire early and be able to enjoy life, and work because I want to and not because I have to. I’m not yet 30 and I honestly believe that, with the way things have gone so far, I will be able to do this by the age of 40 at the latest.”

Challenge No 4 -Lack of qualifications

Today it’s harder to get a job without qualifications than in the 90s, according to a report published by the TUC, last year.
Unqualified young people with a talent for business can draw inspiration from the fact that many of Britain’s most successful entrepreneurs have very few qualifications. Sir Alan Sugar, for example, the technology entrepreneur and host of hit BBC series The Apprentice, left school at 16 with just one GCSE.
Young people can not only draw inspiration from unqualified success stories, but they can also make the most of support from organisations such as The Prince’s Trust, if they want to go down the entrepreneurial route.

Location is everything when it comes to buying a house and it’s just as important when it comes to finding a job. Opportunities for young people in parts of the UK such as London are better than in many towns and cities outside the capital, where youth unemployment soars above the national average of 13 percent. Securing opportunities further afield may mean staying with a relative in a different part of the country, but on the plus side gaining much needed paid work experience. 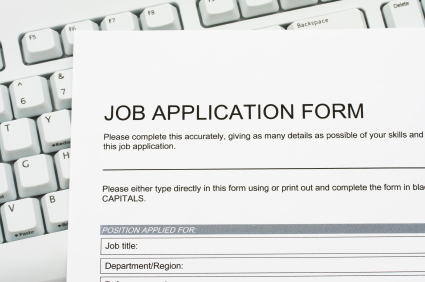 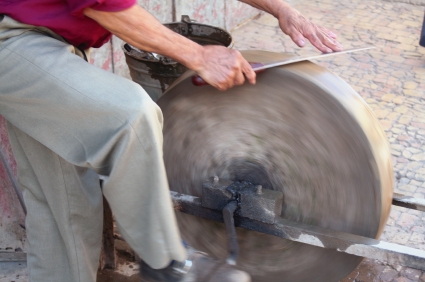 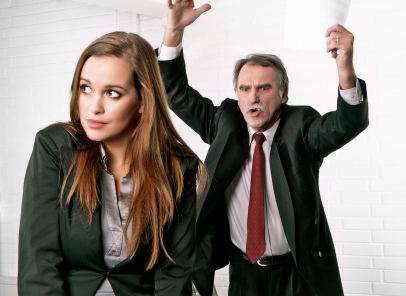