Dubai: An Indian woman in Bahrain has become the latest victim of cheating by recruitment agencies in India.Mary, hailing from Vishakhapatnam in Andhra Pradesh, had been working in Muharraq, Bahrain, as a domestic help only for three months when her employer told her that she would have to leave as her visa was no longer valid. She had been sent on a visit visa by the recruitment agency in India.

According to a report in the Bahrain Tribune newspaper, Mary then ran away from her sponsor’s house and approached a nearby mobile phone shop for help.

Owner of the shop, Colin, was quoted in the newspaper report as saying, “I saw this woman running and was surprised when she came in and sat in the corner. She was not fluent in English or Hindi so we had to get help from a friend of mine who spoke Telugu.”

Mary was later taken to the Indian embassy in Manama, where officials said that she would be provided shelter.

“I paid Rs 50,000 at Vizag to come here. I was picked up from the airport and taken to this family’s house where I worked as a domestic help. I was given food once a day, but I was never mistreated. In the morning I was informed that the air ticket would be given today and that I would have to fly out since my visa would not be valid anymore,” she later told the newspaper.

“How can I go back? I have no money. The sponsor tells me that he will pay for the ticket in lieu of the three months that I worked for him. I have to pay the moneylender the money. He will kill me if I come back. I have three children who depend on me. My husband is no more. I have to take care of them.”

Mary is not the only distressed woman in the embassy. There are two others facing similar problems.

One of them, Munirathna, said that she wanted to leave for India after working for two years as a domestic help in a Bahraini family. However, her employer wants her to stay for another year and has refused to hand over her passport.

“I have had enough. I want to go back to my husband and child. But my employers have not paid me for the past two months and my passport is with them,” she told the newspaper.

The other woman, Gulabi, who also worked with Munirathna in the same house has, however, decided to stay back after discussing the issue with her husband.

Sudhakar Shetty, an official in the Indian embassy, has expressed concern over Mary.

“She (Mary) does not remember where she worked. We hope to get some details out of her in the next couple of days. We made her call India in the hope that she would provide us with some details but no luck. The sponsor of the other two has been contacted,” he was quoted as saying.

There are over 130,000 Indians in Bahrain, many of them working as labourers and domestic help. 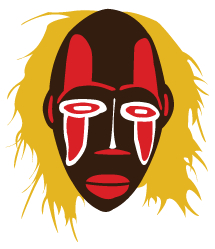