There are so many books on this subject that I almost do not know where to start. I once said if you make enough calls something will happen. If only it was so simple!

In the early days it was just a case of calling as many people as possible and the law of averages would ensure success on its own. What holds us back is we all hate cold calling, so we try to avoid making the calls. So what I hope to achieve in the next few paragraphs is some hints and tips to make it less painful

First you need to have a system of canvassing, although when I started it was a card based system. Today there are many Contact Database systems and if you do not want to go to a cost of a specific recruitment package then there are plenty of alternatives such as Maximizer or ACT Then it is just a case of calling each contact individually and asking if they have any position to fill.

When you make your canvas calls it is also important to gain extra info, such as its size, how often they recruit, who is the contact, how many staff they employ etc. More importantly show an interest in their company. If you do this it is amazing how many times when they said no at the beginning, only to say â€œIt just so happens Bob is looking at the momentâ€ just as you are about to put the phone down.

Probably the best way to find new business is from adverts placed on the internet, newspapers or industry magazines. The funny thing about this is most recruitment consultants don’t even call the ads, due to their fear of rejection. What may surprise you is most of my success actually came from recruitment adverts, and hey at least we know they are looking!

Over the years I developed a system to canvas recruitment adverts, which took away the pain and as a result increased my success. It was a simple formula. I would cut out the ad, file and call a week later. I would ask them how did their ad go? Their response may be "we have had a bad response" and they are now desperate and hey presto your in.

What is more likely they have a few candidates for interview and if so I would say "I am glad your advert went well, but I am sure you want to get the best return on the money you have spent so far, because anyone that I send to you must be head and shoulders above your current selection for you to even consider themâ€

I will go more into objection handling in a future post, what is important is to keep following the advert i.e. the next call would be to see how the first interviews went, the next to see how the second interviews went and then the to see if the candidate has been offered and accepted then finally to see if they have started. The reason being is so often the recruitment process will fall through and if it does you are at the front of the cue if they decide to use a consultancy. At worst you have some good quality canvas material for your database for next time.

By following this process I can guarantee you will pick up a few recruitment vacancies because Recruitment Adverts are the best source of leads because you know they have a requirement, you have a job description and often the contacts name is on the ad just to make it a little easier.

If you interview candidates ask the candidate what interviews they have already arranged, they will often give you a list of companies to call. On this point I still believe you should always speak to your candidates, but many consultants avoid it. I hear so often comments like â€œI can never get to speak to my consultant" are quite typical these days, particularly with emails and SMS messaging. I believe if you do not talk to your candidates you just never know what you may gain. In reality three things can happen.

1. It is a great opportunity to find more leads.
2. You build a trusting relationship with the candidate, who will then pass you more leads.
3. They often say something that you didn’t realize, which in turn makes them more suitable for one of your vacancies.

The best leads from candidates, are the ones when they have started a new job and they phone to say "My new company are looking for more people, and I have recommended you" or "I have just been made manger and I need to recruit a couple of new people" What for me makes this particularly special, is when I didn’t even place them in their new job, but because I treated them so well they sooner give me the lead.

Another system which a friend of mine used regularly and took a lot of the work out of the process was to ask every candidate to give him a list of competitors they would like to work for. Once he had this he would then contact them and say "I have just interviewed Mr Joe Bloggs and as a result I felt he would be of interest to you for a chat over a coffee" As the candidate came from the competition it was easy to organise, mind you a few companies did say it was the most expensive coffee they ever had!!

I think the best example of success for me was early in my career; it came from an advert for a Sales Representative. Every time I called the company I was told to call back next week or some other excuse, to the point I was told it had been filled. I then asked when the new candidate will be starting, to make one last call just to check. When I did call and too my surprise I finally spoke to the Sales Manager. The conversation was quite strange, as on this occasion I had no objections and every question I asked was answered without quibble.

On the day of the interviews the company selected a candidate and offered him the job, which obviously pleased me. What I do remember most, was the comment relayed back from the Manager. "Hats of to your consultant he persevered and kept calling me, so when he called me on the last occasion I was pulling my hair out, as a result I was happy to do whatever he suggested".

So the moral of the story is persistence as you just never know what may happen!

Finally and something I will go into more detail, but the more information you get from the client and how you build the rapport is the difference between filling the vacancy and not. 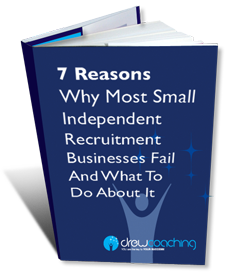 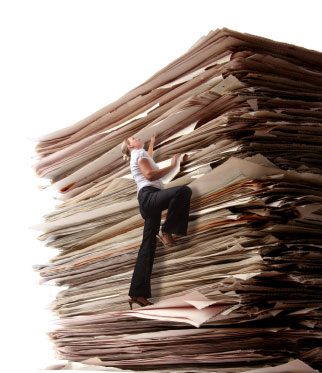