You put 20 years of devoted service to your employer then they take you to court over a retirement gift they actually gave you. Sometimes life sucks, I wouldn’t mind but its the tax payer that will have to pay the costs of such a ludicrous waste of time.

Just to put you in the picture former Chief Inspector Brian Seaton received a Swiss Army Knife as a retirement gift, after more than 20 years of service. He takes the knife on holiday as he is on a walking holiday, obviously it doesn’t get through security but when he pops into the police office to collect on his return (after all it has sentimental value) he finds his former colleagues want to caution him, 9 months later and costs of up to Â£10,000 to the tax payer the case is finally seen for what it really is.

You would think after working for 20 years for any employer you would try to settle amicably.

You can read more on this story in the Mail 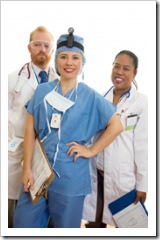